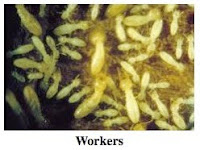 As the termite colony grows, specialized castes are produced for the different tasks required. The first caste of subterranean termites produced is the workers. The second caste is the soldiers. Soldier have an elongated head with pincer-like mandibles. The third caste is the reproductives. 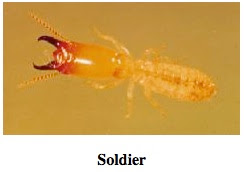 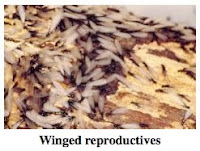 Although thousands of primary reproductives are produced each year, they all leave the nest. Primaries cannot become reproductive if they remain in their colony of origin. In a Formosan colony, the only primaries that reproduce are the original king and queen that started the colony. Supplementary reproductives, on the other hand, can become reproductive only in the colonies in which they were born. They take over reproduction when the primary king or queen dies or becomes separated from the main colony.

If you’re concerned about termites around your home or place of business, give Dave’s Pest Control a call at 1-800-400-6009.